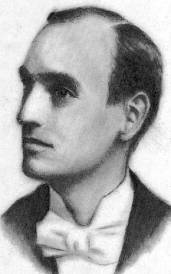 Charlton Valentine Howe, who shared with Willis Baird the distinction of possessing the highest degree of skill in engraver's script above all other penmen, was born on February 14, 1870 in LaGrange, Missouri. When he was seven years old his father engaged an itinerant writing teacher to begin schooling the young boy in penmanship. At the age of 17, he worked as a clerk for a railroad company, a job that he secured due to his good penmanship. Two years later he became a clerk for a lumber company, but determined that in order to find more lucrative employment he needed to further his education in business skills. With this objective in mind he decided to attend the Gem City Business College in Quincy, Illinois. He entered as a student in 1892 and studied penmanship under master penman HP Behrensmeyer. After graduation, he went to Chicago the following year to attend the World's Fair and to seek employment. He was soon offered a position as a clerk in another railroad company, and 6 months later advanced himself with a better position working for a wholesale jewelry store. He remained in this job for 6 months when he took a course in Engraver's Script from IW Pierson with the thought of preparing himself for a position as a policy engrosser. After this he worked at several other companies, and in the summer of 1899 he became associated with Chicago's leading engrosser, MCL Ricketts. In this situation he assisted by engrossing numerous diplomas, and learned much about the various Engrossing techniques used by the masters. Throughout his long life, Howe continued to work in a clerk's capacity, while he also taught and wrote numerous lessons on Engraver's Script for the American Penman and The Business Educator. C. P. Zaner introduced him to his bride-to-be. The couple was married in Mr. Zaner's home on April 12, 1902. Mr. Howe preferred the Gillott 604EF pen and the unique 'Skeels' type holder oblique holder.

03/09/2022
( Lesson )
External link: Learn Engrosser’s script (Copperplate) from a true Master of the hand, Charlton V. Howe. These are scans of original specimens from my collection. There is no accompanying text; however, the instruction is self explanatory. These remarkable exemplars are well worth the study.
Read more >>