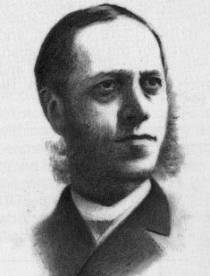 Henry W. Flickinger was born August 30, 1845 in Ickesburg, Pennsylvania. At age nineteen he enlisted in a drum corps during the Civil War. When the war ended he entered Eastman's Business College in Poughkeepsie, New York where he received training in lettering, penmanship, and flourishing. He became Professor of the Pen Drawing Department of this College in 1866. During this time he was able to obtain some specimens of offhand flourishing by the great John D. Williams, which inspired Flickinger to master his own hand at this art. The next year he taught penmanship at the Crittenden Business College in Philadelphia. The year 1870 became a significant milestone in this penman's career, as he joined brothers Henry C. and Lyman P. Spencer in Washington, D. C. Lyman was considered the finest living penman at that time, and while Flickinger assisted the two men in the revision of the Spencerian Copy books, his own penmanship improved to such a degree that it equaled Lyman's. The following year he went back to Philadelphia to teach, and for several years afterwards Flickinger's penwork was in great demand by societies for engrossed resolutions and by numerous business colleges wanting exhibition pieces for display In 1875 he again went to Washington to assist the Spencers in the preparation of several large pieces for display at the Centennial Exhibition to be held in Philadelphia the following year. Of these pieces was one that became known as the finest example of script and pen drawing in the world: a copy of the Declaration of Independence. It was penned by both Flickinger and Lyman Spencer. During the ensuing years, Henry W. Flickinger prepared revisions for three other sets of copybooks, and was recalled by the Spencers yet again for a special project preparing to publish the New Spencerian Compendium of Penmanship. Flickinger and Lyman Spencer wrote all the models for the numerous plates for this historic manual. For many years afterwards, Flickinger did much engrossing work and also taught at a number of business colleges in Pennsylvania. His conception of form and skill in execution were widely respected by his peers, and among those master penmen whose works became legendary, it was said that in the pure Spencerian, characterized by its chaste and elegant forms, grace, and proportions, Henry W. Flickinger and Lyman Spencer each displayed a skill that was probably never attained by any other penman. Louis Madarasz considered Flickinger to be the best penman of the 19th century.