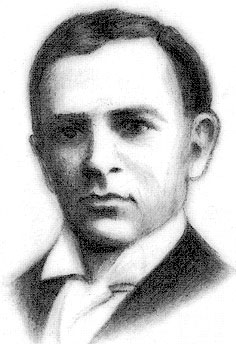 Willis A. Baird achieved a skill in engraver's script that was second to none and equal to his teacher, Charlton V Howe. In this form of writing, both Baird and Howe gained reputations as excelling above all other penmen. Baird was born in Santa Cruz, California on November 14, 1882. He spent a summer at the Zanerian College, Columbus, Ohio in 1909, where he studied engrossing and a variety of penmanship styles under the great master penman, C. P. Zaner. Later that year he met William E. Dennis and worked for him, penning diplomas and other artwork as the job required. His skill at engrossing was of an exceptional level, and in 1914 he became a partner of Dennis. The Dennis and Baird Studio, located at 357 Fulton Street, Brooklyn, New York, became one of the most highly respected firms of its kind in the nation. Willis A. Baird died in Brooklyn, New York, on August 10, 1954, age 72 years.

Letter to Zaner and Bloser