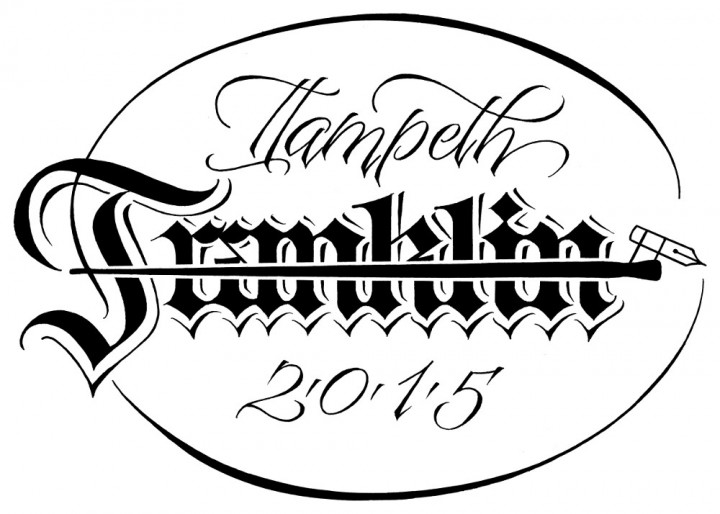 See on map and get directions
President:
Ann Cobb

It is my pleasure to reveal the logo for our 66th Annual IAMPETH Convention. The logo was created by Master Penman Michael Kecseg. Mike began doing calligraphy when he worked as an engrosser. Since 1984 he has owned and operated Pen Graphics Studio, Inc. He has been on the faculty of several IAMPETH conventions and international calligraphy conferences. He has taught workshops throughout the country specializing in the pointed pen and is interested in helping calligraphers make the transition from traditional pointed pen scripts to more expressive ones. His work has been exhibited widely and is included in the permanent collection of the Newberry Library. His work can also be seen in many publications including Letter Arts Review, The Encyclopedia of Calligraphy Techniques, and the Speedball Textbook including the cover of the current edition. He was inducted as a Master Penman in 2002.