The IAMPETH Newsletter has a very rich history of providing quality instruction on fine penmanship. We can trace its lineage back to the Business Educator first published in the late 1800's by the Zanerian College. It would eventually become The Educator.

In approximately 1949, publication of The Educator (Zaner-Bloser) was reportedly coming to an end. Several penmen including R.C. King, Frank A. Krupp, Stephen Ziller, P. L. Zenzen, Oscar Japs and F.O. Anderson met to discuss the possibility of creating a publication that would pick up where The Educator would leave off.  F.O. Anderson, spurred on by support from P.Z. Bloser and E.A. Lupfer of Zaner-Bloser, decided to create The Penman's News-Letter in 1949. All these were IAMPTH members.

Anderson would go on to publish 212 newsletters over the next 17 years before turning over editorial control to Eileen Richardson. The Penman's Newsletter would evolve into the IAMPETH Newsletter having as its editors after F.O. Anderson: Eileen Richardson, Paula Loya, Richard Muffler, Bob Hurford, Ann Cobb, and Debi Zeinert. 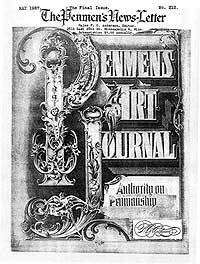 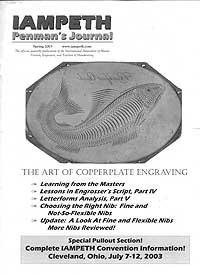 PLEASE NOTE: The various iterations of IAMPETH's continuously published periodic journal has undergone various name changes in the past. These include the following names: The Penmen's Journal, The IAMPETH Newsletter and the current IAMPETH Penman's Journal. While we have always drawn upon the rich tradition and legacy of the Zanerian College and the Zaner-Bloser Company, our publications were never 'officially' or 'unofficially' part of the Zaner-Bloser company.